Although we really haven’t figured out if art imitates life – or life imitates art – one thing is true: life and art are sometimes a lot alike. While we’re directing our own stories in our homes, we may recognize fictional homes that are featured prominently in the stories we hold near and dear to our hearts.

Here are 5 examples of homes that blur the lines between art, entertainment, and reality.

In 1997 a 2,200 square foot replica of the fictional 742 Evergreen Terrace Simpsons House was constructed in Henderson, Nevada. This project was part of the “The Simpsons House Giveaway” sweepstakes commissioned by FOX, Pepsi, and Kaufman & Broad Home Construction. Architects Mike Woodley and Manny Gonzales constructed their design after viewing over 100 episodes of The Simpsons to ensure their real-life design was as close to the animated version as possible. Building was completed after 49 days, and the ensuing yellow and baby blue house was outfitted with 1,500 Simpsons themed props, a backyard barbecue, and even a replica of Bart’s tree house. A sweepstakes winner was then chosen out of about 15 million entries. But, the lucky recipient – a retired factory worker from Kentucky – chose to take a $75,000 payout instead of the $120,000 house itself. It’s since been remodeled to remove any resemblance to the TV show and was sold in 2001.

Built by Bangerter Builders in Herriman, Utah, this 1950’s style home was painstakingly designed to resemble Carl and Ellie’s from Disney’s Up. From the weather vane on top of the house, all the way down to the floor boards. Every detail was accounted for, including mantle decorations and light switches. The house features a few deviations from the movie, including a spaciously finished basement. Bangerter Builders received permission from The Walt Disney Company to build the house on the condition that only one of the homes would be constructed. The house was sold to private buyers in January of 2012, and the décor has remained much the same as it was when construction was completed. 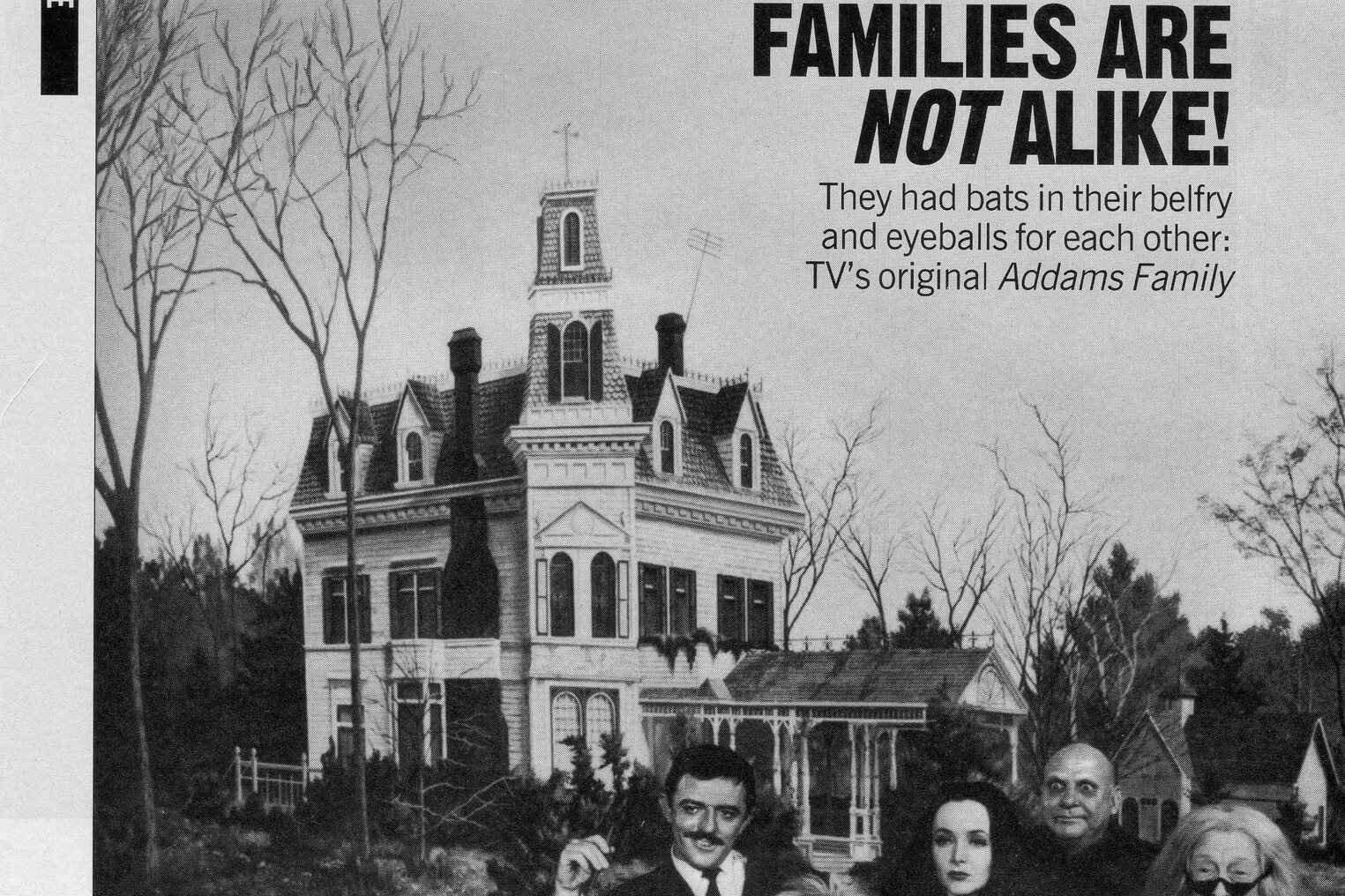 Perhaps the most unfortunate fate of the 5 houses on this list belongs to the 19th century Victorian home in Los Angeles’ West Adams District. This home provided the basis for the Addams Family Mansion. The Addams house, located at 21 Chester Place, was built in 1888. Oddly enough, the actual house is only shown in the 1st episode of the 1st season and is visible during an opening exterior shot, and during the show’s intro reel. Unlike the Addam’s mansion, the real house at 21 Chester Place only had two floors! To add the 3rd floor and the gothic tower, the show’s production crew took a 30 x 40 inch photo of the house and had a painter create the missing details. During its existence, the Victorian house went through a number of ownership changes, eventually winding up in the hands of Mount St. Mary’s College. The house has subsequently been demolished to make way for a recreational track. 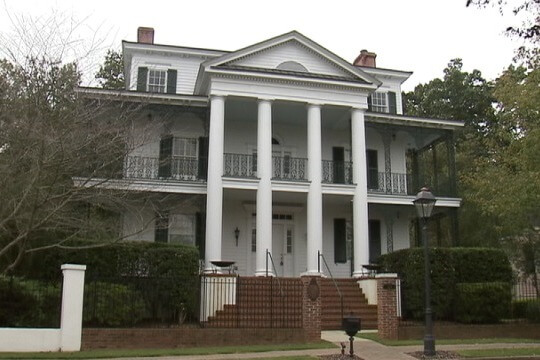 Built in 1996 and located in Duluth, Georgia, this 10,000 square foot home is a replica of Disney’s Haunted Mansion attraction at Disneyland. The mansion features 7 bedrooms, 6 bathrooms, a two-story library, an 1,100 square-foot deck, and an elevator shaft. The homeowners, in their tenacious search for authenticity, measured the exact dimensions of the original Haunted Mansion. They worked to ensure every detail was complete, even using the original foundry to create the same iron details found on the Disney mansion. It’s the only known Disney attraction replica in existence, and boasts a number of design elements created to match the current Haunted Mansion ride, including faux smoke stacks, flickering lights, and an animated scene in one of the bathrooms that’s activated by turning on the faucet. 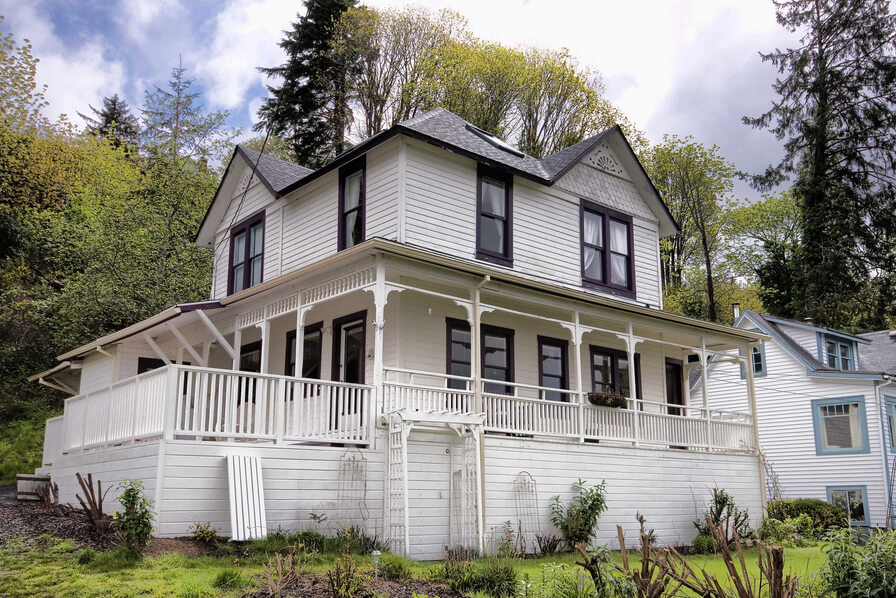 The house at the center of 1985 cult movie The Goonies is located in Astoria, Oregon has extremely modest beginnings. Built in 1896 in an area populated by the lower-working class, The Goonies house was inhabited by a local carpenter until 1904. He left the home in the hands of his roommates who lived in the house until 1925, and it was then sold it to the family who occupied it until 1971. It was again sold in 1975, and finally renovated to become the iconic Goonies house in 1984. It was bought out of foreclosure in the early 2000s and rescued from serious disrepair by the homeowner. The house remains a private residence to this day, and is a popular attraction. Although neighbors are understanding of the home’s Hollywood heritage, they would prefer that visitors respect their privacy and leave their cars at the bottom of the gravel driveway leading up to the house.

For conventional financing, borrowers with scores at 740 or anywhere above generally receive the same loan pricing (rate and cost). That being said, the better your credit the higher your chances of receiving loan approval with high debt to income (up to 50%) or high loan to value (up to 95%) which can be a major benefit when applying for a new loan. For Jumbo financing, borrowers with credit scores above 800 are generally rewarded with both better pricing and easier guidelines. There are no situations where better credit is a negative when obtaining new financing so we should all continue to strive to reach and then stay in the 800’s.

What are the advantages of a score over 800

Hi Dane! Wanted to make sure I'm clear on this. Am I right in saying that on whichever remodel is done you still take a loss rather than an increase in value - the ROI will never exceed 100% of cost?